Damascus steel, or Katana steel, was discovered simultaneously in Arabia and Japan. Both depended on the ancient art of hammer welding two layers of red hot steel, one hard but brittle and the other one tough but softer, together. The billet, or initial piece of hammer welded steel,  was worked until it was twice the length required and then folding over onto itself. Then it was reheated and re-welding, over and over again. The layers thinned each time and doubled in number, from 2 to 4 to 8 to 16 to 32 until after only ten foldings, there were 2048 layers, each thinner than a piece of modern paper. This process created a material that was a highly guarded “secret weapon”, reserved for elite warriors use alone. It wasn’t until well past the middle ages that the process was applied to ornamental uses.

There is a story of how a Crusader came into Jerusalem to parlay with his adversary. Trying to impress his enemy, he drew his broad sword and cut through an iron bar with a single stroke of his sword. The Saracen laughed, drew his scimitar and threw a silk kerchief into the air. As it floated down, he let his blade lay, edge up, under the silk. When the silk came into contact with the blade, it separated into two pieces and both fell to the ground. He then cut the same iron bar, also with a single stroke. True story? Who knows. But the point remains that recently made blades, created by the old methods, are wickedly sharp and tough. And many of the historic blades that are still in existance today; maintain their integrity.

When the Japanese began to marry precious metals this way, they called the result Mokume Gane. There are no solders or binders of any kind, nor can the metals flow together as in a welded bond. First the material is brought up almost to the melting point. Then, it must be bonded by the extra heat generated by the pressure of the hammering. That hammering elevates the temperature up into the range required for bonding.

Every piece of jewellery formed by this process is unique. No two pieces can ever exactly the same because, when the metals are hammered and then folded, each stroke and thickness is different. When the billet is machined or processed into jewellery, the resulting patterns are often quite unpredictable. While there is a general idea of what’s inside, some lines will be more wavy than others and some will be straighter; some will be thicker and others thinner. It isn’t until the piece is almost complete that the artist knows what they will look like.

The contrast between layers can be enhanced with acid etching, anodizing and texturing. All of these processes affect one type of material more than another so if the ring is composed of Silver and Gold, the Silver will tarnish whereas the Gold will not. In the case of Steel rings, without and precious metal, the carbon content is the main discriminator.

We stock a small selection of these fine rings for your perusal manufactured by Lashbrook enterprises, the most award-winning company in its field. Please come in to see these amazing applications of an ancient art. 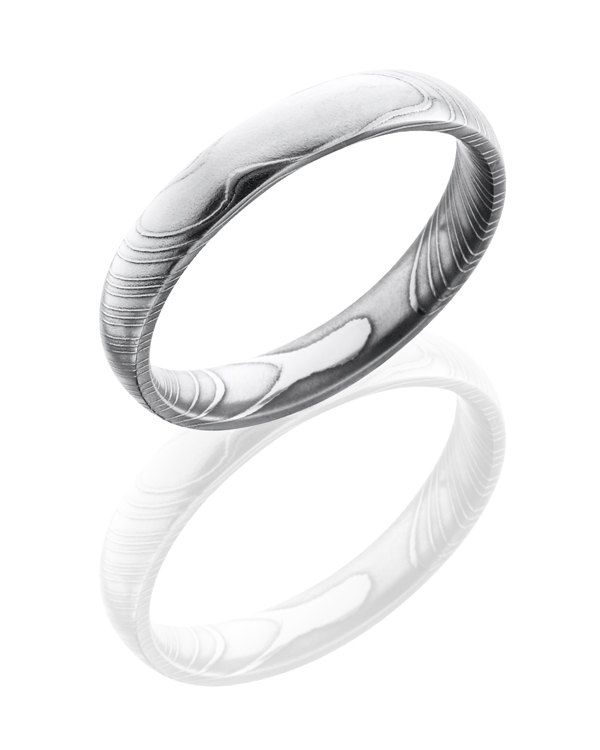 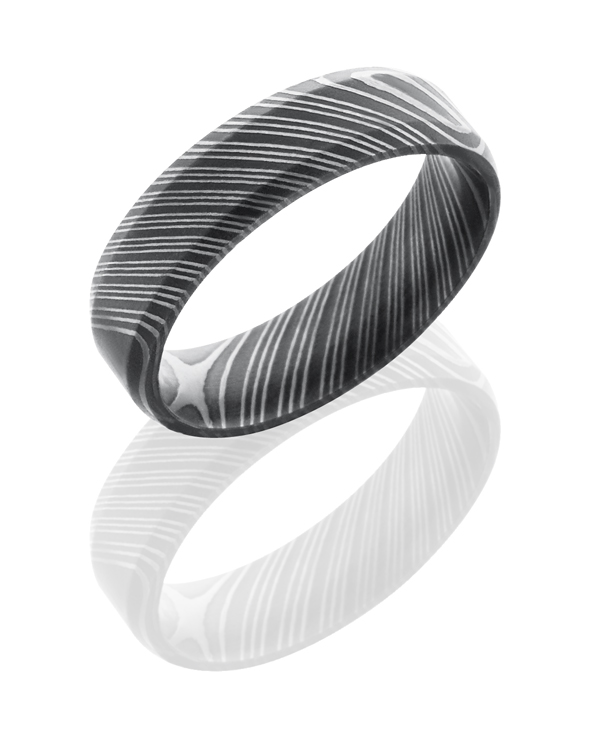 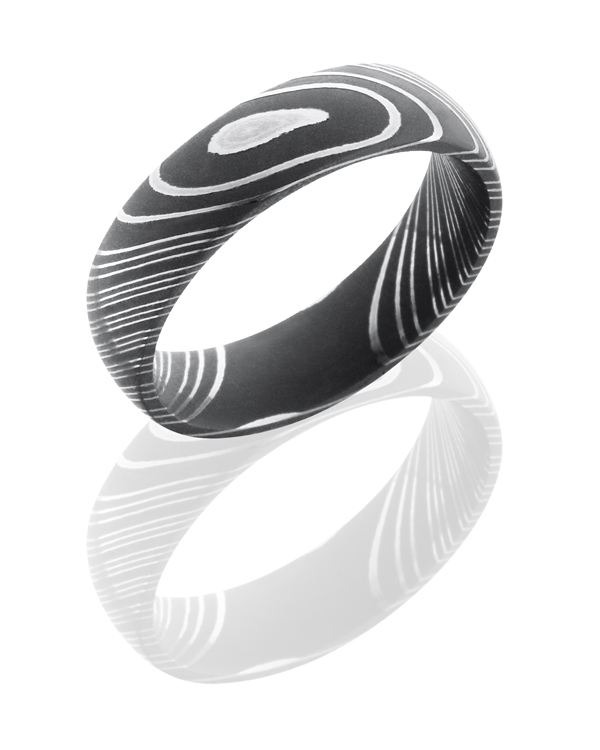 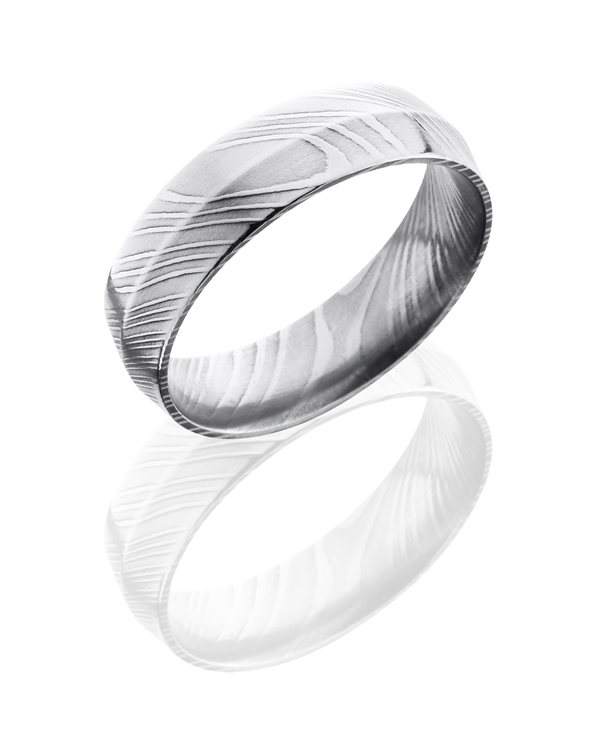 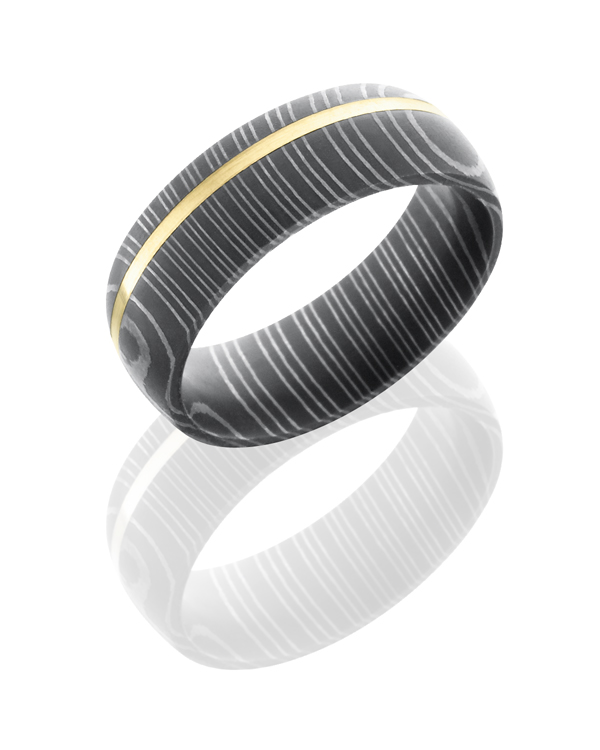 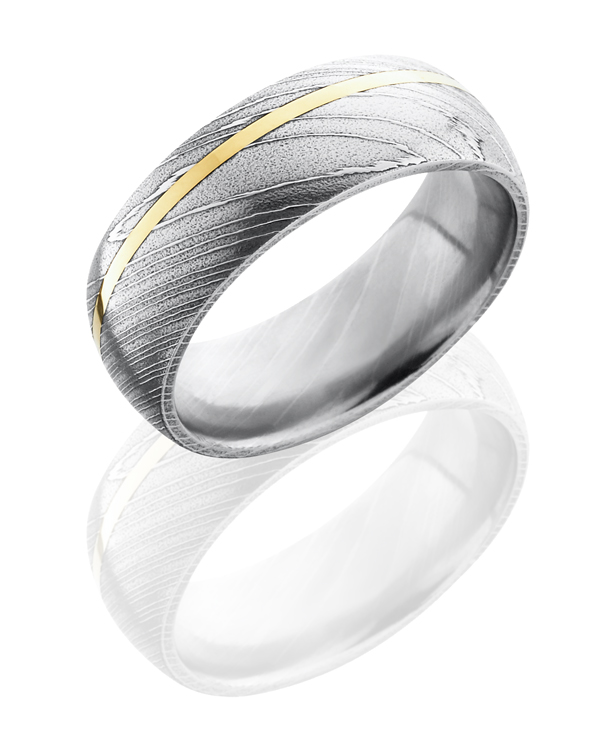 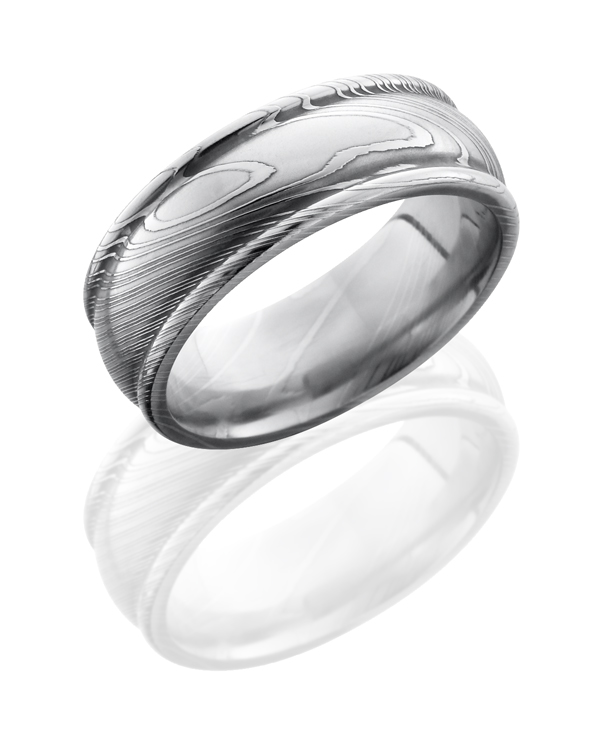 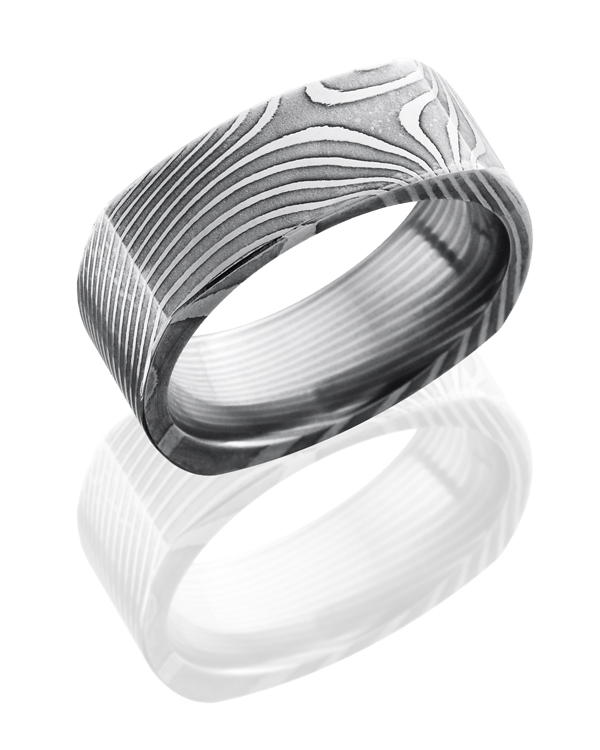 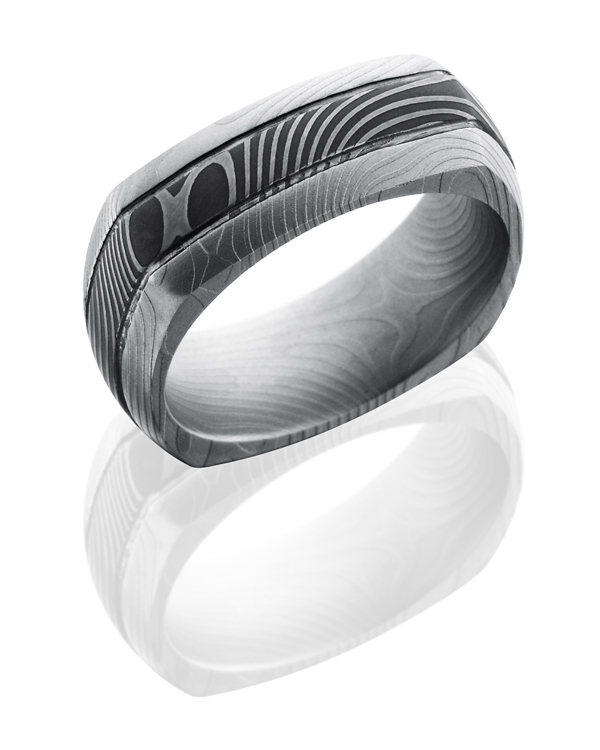 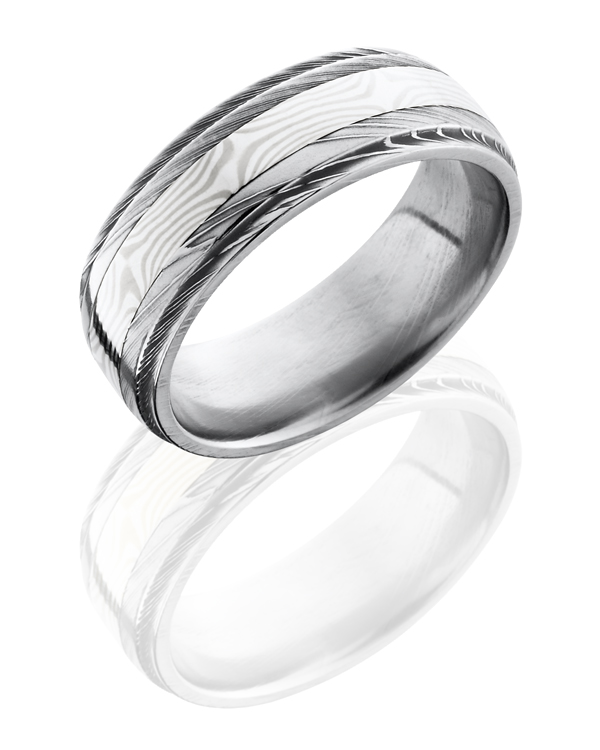 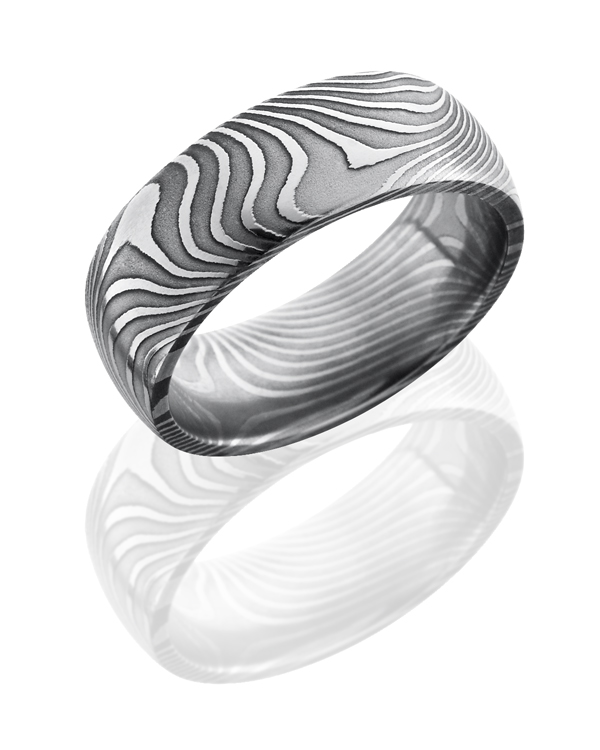 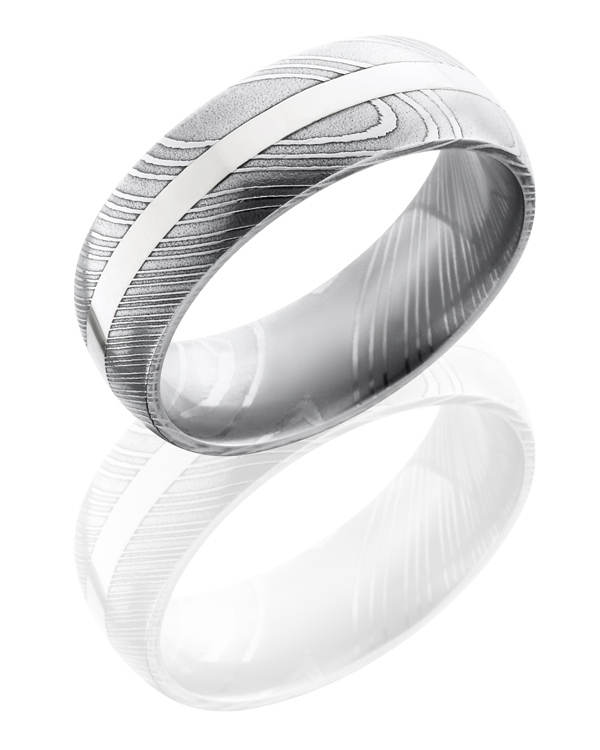